Converting non-recyclable waste to fuel
The AMA facility will utilize the HTW® technology that has been both technically and commercially proven for multiple decades in global industrial-scale facilities using biomass and waste (RDF) as feedstock. In 2019, GIDARA Energy acquired the commercially proven HTW® biomass gasification technology (originally developed by RWE and Thyssenkrupp) to convert non-recyclable waste to valuable endproducts. GIDARA Energy aims for near-zero emission by minimizing overall waste throughout the entire value chain and process integration.

GIDARA Energy emphasizes maximizing reliability by utilizing the same size and configuration as applied in previous HTW® facilities, which were operational for more than 10 years. The AMA facility will produce around 87.5 KTA (kilotons per annum) of renewable methanol by converting non-recyclable waste equivalent to that of 290.000 households yearly, which otherwise would be landfilled or incinerated.

Wim van der Zande, CEO at GIDARA Energy:
“We are in a unique position owning a proven gasification process with a track-record for this application, which eliminates any major process or technology risks. We purposely selected this plant’s capacity and configuration because of the experiences in operated facilities, matching local feedstock availability and local blending capacity. Our focus is to establish the AMA facility and use the same configuration at future locations in The Netherlands, Europe and North America”.

Port of Amsterdam – A bridge between two markets
The AMA facility will be built in the BioPark, an industrial location in the Port of Amsterdam developed especially for producers of renewable fuels. The state-of-the-art AMA facility will include a knowledge centre (with a testing facility and pilot plant) as well as the commercial-scale plant using GIDARA Energy’s patented HTW® technology. GIDARA Energy’s goal is to contribute to better, more sustainable fuels, all while maintaining a fully circular value chain. The AMA facility will serve the city of Amsterdam, The Netherlands and the rest of Europe with the energy transition to meet Europe’s sustainability objectives.

Roon van Maanen, Director Energy & Circular Industry at Port of Amsterdam:
“As part of the energy transition Port of Amsterdam is working towards more sustainable sources of fuel and achieve overall lower emissions and maximizing recycling. The AMA initiative is a bridge between waste handling and the renewable fuel industry. It is a flagship project to bring us closer in achieving our sustainability objectives” 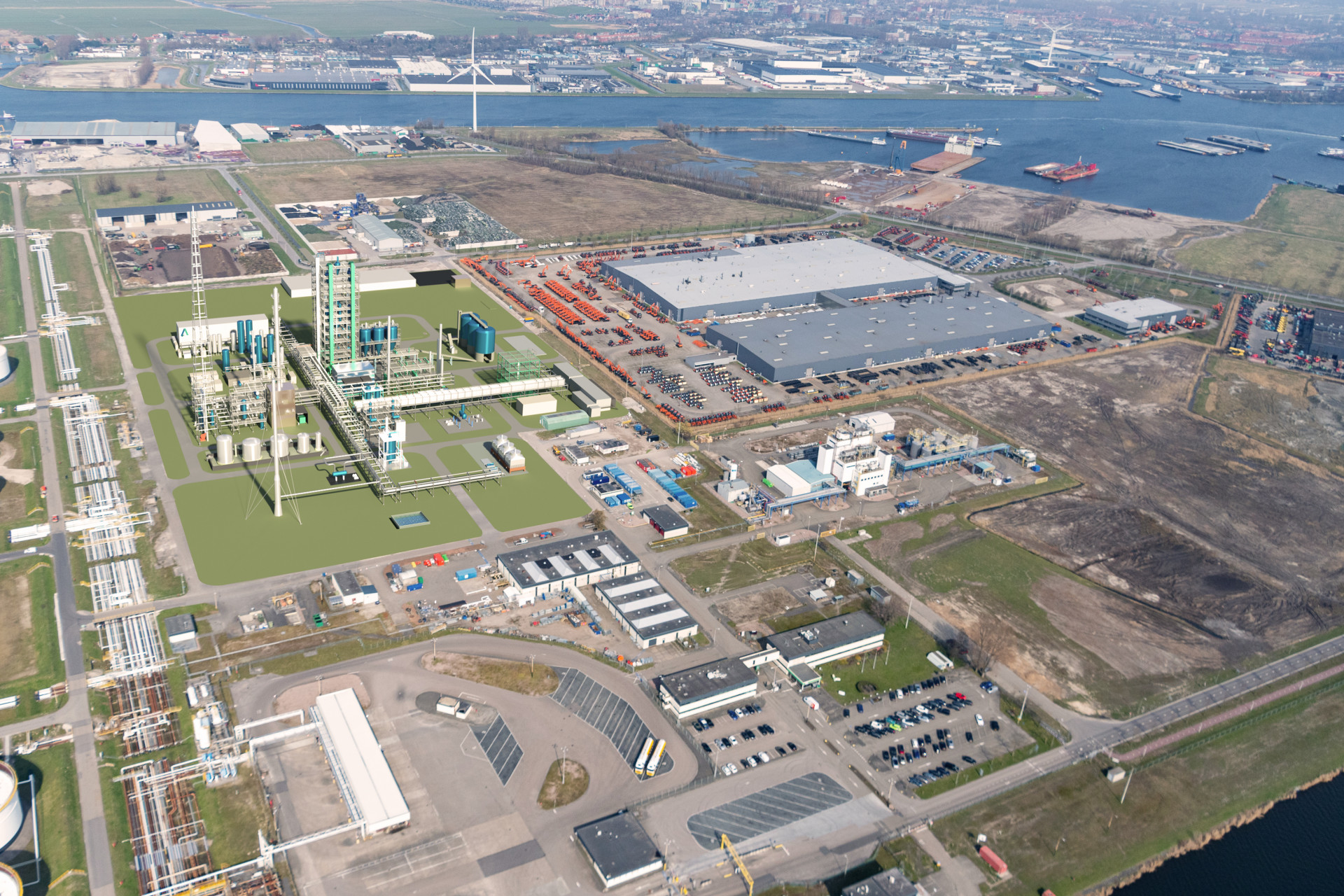